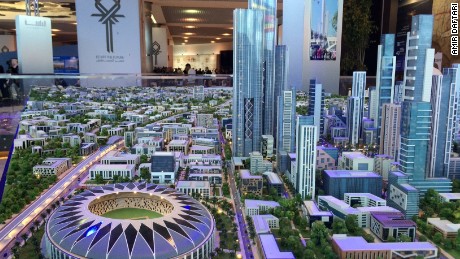 Both leaders listened to the explanation of Egyptian Housing Minister Mostafa Madbouly on the project of the new 70,000 acre capital which will be established to the east of Cairo.

The minister said the first phase involves a downtown city, administrative towers and hotels along with commercial areas and a stadium.

The other part of the city will group governmental premises of presidential palaces, a cabinet and various ministries, he added.

"The governmental district will involve a complex for foreign embassies and a big expo," Madbouly further explained.

The economic conference, which was called for by Saudi Arabia last year, is meant to attract billions of dollars in foreign investment over the planned four-year period to help improve the already staggering economy of Egypt.